Home  |  2020 NDSBA Board of Directors Election

2020 NDSBA Board of Directors Election

Scroll to the bottom of page for election deadlines and instructions.

For the office of President: Karl Lembke graduated from Century High School, attended Bismarck State College, and went on to graduate from the University of Mary with a Bachelor of Science Degree in Business Administration. He is married and has three children. His son Nick is attending nursing school at UND, daughter Kaia is a sophomore at NDSU, and daughter Riley is a senior at Century High School.

Karl is an insurance agent with Vaaler Insurance. His past work experience includes medical and pharmaceutical sales, professional fundraising, and work as a lobbyist at the North Dakota State Legislature.

Lembke was elected to the Bismarck School Board in 2014 and re-elected in 2018. He currently serves as president of the board. Karl has regularly attended the NDSBA convention since being elected to the school board and has attended the National School Boards Association Annual Conference multiple times. He currently serves as NDSBA’s vice president.

Karl serves multiple community organizations including the board for Bismarck Mandan Chamber EDC, University of Mary Alumni Committee, past board member ND Dietetic Practices Board, past member of Parent Advisory Committee Century High School, board member of the Bismarck Baseball Boosters, and Century High School baseball, soccer and volleyball boosters. Karl has been serving on the NDSBA board since 2016 and was elected vice president in 2018.

For the office of Vice President: 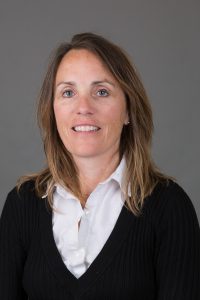 Patti graduated in 1984 from Carrington High School and received a Bachelor of Science degree in Elementary Education from Minnesota State University Moorhead.  She is a former Barb Norby Scholarship recipient and has been a regular participant at state and national school board conventions.

Patti was elected to the West Fargo School Board in 2008.  For the past eight years, she has served as school board president and previously served as vice president.  She has also been an active member of various committees including planning development; governance; long-range facility; negotiations, including lead negotiator; and more.  For the past 12 years, she has served on the board of directors for the South East Education Cooperative (SEEC) REA, currently serves on the CTE board, and recently finished a four-year term on the North Dakota High School Activities Association board of directors.

Patti has been married to her husband Brad for 30 years, and they have three children who previously attended West Fargo High School – Alyssa, Dustin and Kylie. She is currently self-employed and works with her husband in West Fargo.

Patti has been serving as NDSBA’s Southeast Director since 2016.

For the office of Northwest Director: 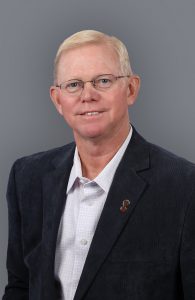 Jim Rostad has a passion for his community and for public schools.  Jim has been on the Minot Public School Board a total of 20 years, serving as board president since 2012.  Jim also serves as the liaison to Minot Air Force Base School Board and has worked extensively with North Dakota’s congressional delegation to secure funding for federally impacted schools on behalf of both Minot Public Schools and Minot AFB districts.  As board president, Jim played an integral role in the decision-making process as the Minot district recovered from the devastating 2011 flood all while experiencing rapid increase in enrollment due to the booming activity of the oil and gas industry in western North Dakota. In 2015 Jim’s leadership was recognized when the Minot PTA presented him with their Lifetime Achievement Award.

In his retirement from a career in the auto body industry, Jim finds it fulfilling to serve his community in leadership roles.  He was elected to the Ward County Commission in 2016 and serves on several county subcommittees.  He is also a past president of the Minot Area Development Corporation and has a great deal of experience working with community and state elected officials for the greater good of the community.

Jim served on the NDSBA’s Government Affairs Committee for several years during the John Hoeven and Jack Dalrymple administrations.  He was elected as the Northwest Director of the NDSBA board in 2010 and served as president from 2014-2016.  He was re-elected as the Northwest Director in 2019. In his time on the board, Jim has been supportive of NDSBA improving and expanding their policy and legal services to districts across the state.

For the office of Southeast Director: Jim has been on the Fargo School Board since 2001 and has served on all of the board’s standing committees at one time or another during his years on the board.  He has served five terms as president.

On the state level, Jim has been a strong advocate for K-12 education. He currently serves as NDSBA’s past president and as a member of the NDSBA Government Affairs Committee. He has presented at past state conventions, testified several times before the education committees of the legislature, and has traveled to Washington, D.C., to discuss the impact of federal legislation with our congressional delegation.

In addition, Johnson is president of the South East Education Cooperative (SEEC) Board of Directors and serves on the Executive Committee. His work on the SEEC board has given him a unique perspective of the differing needs that districts face based on their size and location. He has been a strong voice in Bismarck for the continued support and development of the Regional Education Associations (REAs) throughout the state.

Jim grew up in Fargo where he graduated from Fargo South High School and was lucky enough to go on to college. Jim and his wife Kay (West Fargo graduate) have two pretty darn good daughters, Robin and Emma. And thanks to the cost of their college education, he is still working as vice president of Hallett Financial Group, a Minneapolis-based financial services firm. Robert (Bob) Toso is a lifelong resident of North Dakota. He graduated from Valley City State University in 1973 and from NDSU with a Master’s in Educational Administration in 1985. He is a dissertation away from a PhD in education from NDSU.

During his professional career, Toso served on the board of directors for the North Dakota High School Activities Association, North Dakota Association of Secondary School Principals, and North Dakota Council of Educational Leaders. He was also a member of the Teacher’s Fund for Retirement and State Investment boards.

After retiring as Jamestown superintendent, Bob ran for the school board and is currently in his second term. He is a member of the Education Standards and Practices Board as a school board representative.

Over the years Bob has served on many boards in his community and church. His wife of 47 years, Alaine, is a retired teacher. Their oldest daughter is a school administrator in the Lewis and Clark District and their youngest daughter is a professional school counselor in the Fargo school system. They have four grandchildren enrolled in North Dakota public schools.

Thank you to Nominating Committee Members: